What a let down 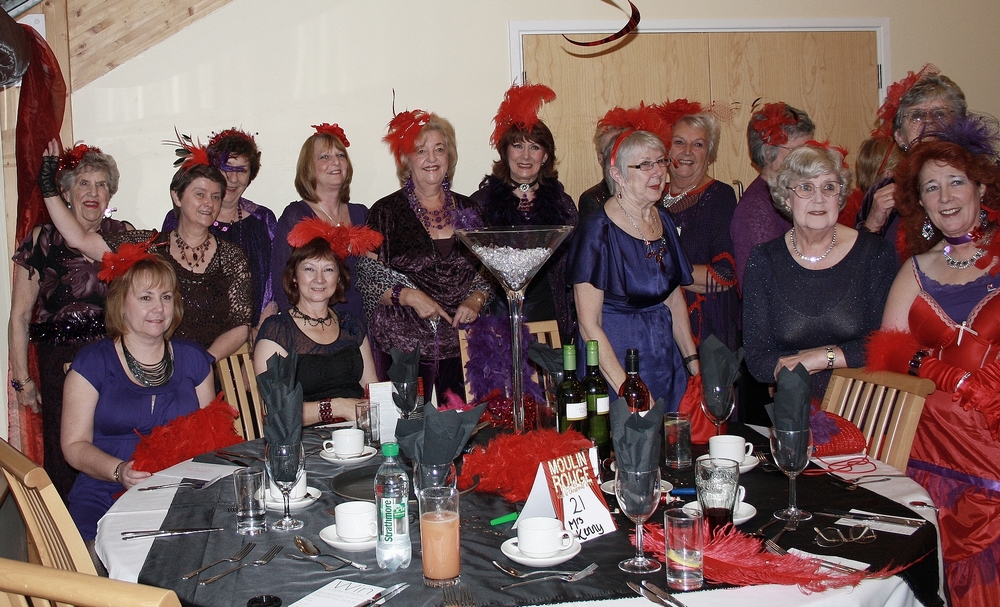 Sad to report that it was a bit of a disappointment. The timetable said 7 for 8 but we were still waiting to be fed at 8.45 without a word of apology or explanation.

Worse was to come. The Red Hatters' tables were in the 'conservatory' and were the last to be served at each of the 4 courses. The food was averagely ordinary and I'm regretting blowing my calorie allowance because we were all absolutely ravenous by the time the starters arrived. Organisation was atrocious - there were no name places with pre-ordered menu reminders which is not a good idea when dealing with a party of over-50s. Mind you, there were about 270 people in other groups there who were having as much trouble as we were remembering what they'd ordered weeks ago.

And it was cold, thanks to a hot air heating system that was slowly cooking those closest to the vents, while those of us near the windows turned blue. The mood declined from one of gleeful expectation (I'm the gleefully expectant one standing 2nd from the left in the photo) to scenes from Grumpy Old Women. Half way through the main course (9.30pm) the disco started, making conversation impossible. Did you know that Michael Jackson, George Michael, and Abba had played at the Moulin Rouge? Me neither.

So very little was Moulin Rouge last night, apart from a few feather boas on the table. Such a shame. The Red Hat ladies were all very glam in their Moulin Rouge 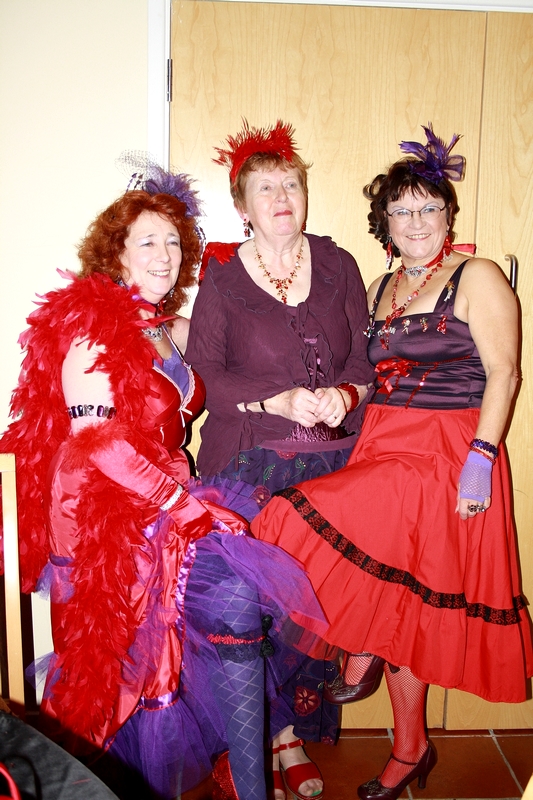 outfits. I was very excited about wearing something so completely frivolous. I left at 10.40 as the coffee and mince pie course was beginning and was glad I did as the fog was just rolling in.

And today? Christmas luch with the knitting group at the local lavendar farm shop. There will be more mince pies.

Quote for the Day
Let us think the unthinkable, let us do the undoable. Let us prepare to grapple with the ineffable itself, and see if we may not eff it after all. Douglas Adams