oh the joys of technology

What's going on? First LJ refuses to load and the status page wants tracer reports from those of us in the UK. Now Twitter is down.

Mr Virgin, you're definitely off my Christmas List (not that you were ever on it.)

In the meantime - I give you

Ron discovered the joys of water play while we waited for MWNN to return from his Ma's funeral. 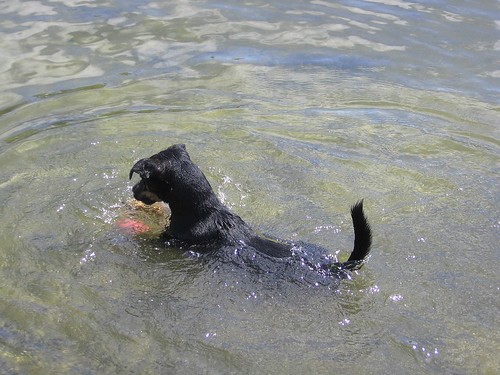 We were moored at the hire boat base on the Somme and the temperature was in the mid 30s. 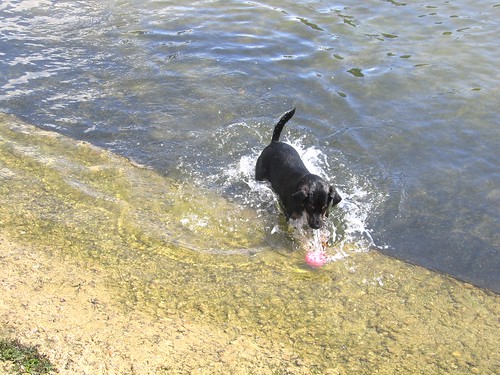 By day 6, he was a very accomplished swimmer and had worked out he could chase the small 'chickens' (moorhens) into the water and 'play' with them if there wasn't a ball available. 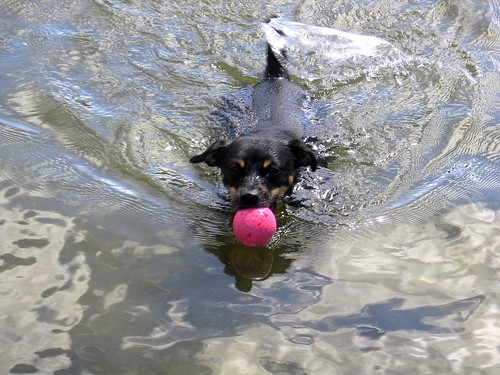 We're left with a problem. Since we arrived back in the UK, he's gone AWOL into streams and ditches where he tries to bury or drown his ball in the reeds and weeds. He's going to have to be fitted with a tracking device so that we can retrieve him efficiently. In the meantime, he's confined to walks on an expanding lead, and MWNN is adapting Loony GSD's big plastic bed as a paddling pool for use in the confines of the back garden.