Nobody can make anybody be someone he or she doesn't want to be. Russel Herman Conwell

The walk began in the May Bush Pub car park, overlooking the terrace. 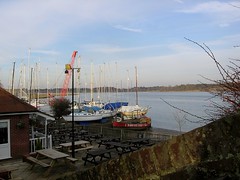 Before heading off, I went inside to check what time they stopped serving food. They didn't. Stop, that is. Food is available all day and "of course you can bring in the dog. And well-behaved children, too." It was beginning to sound very familiar - and very different from what we have come to expect in England.

Having established that there would be food for the whole family when we returned, we started along the footpath. The first section was through the gardens of some
private houses. 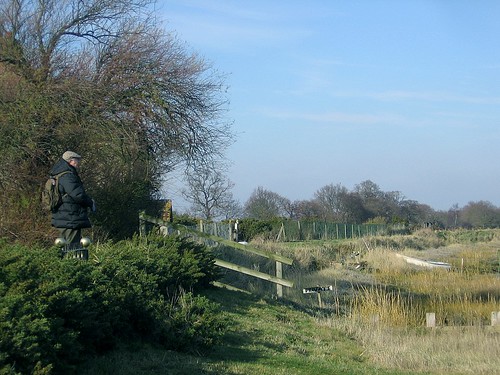 The first house was 'guarded' from passing walkers and bird watchers by two large (stone) hounds. 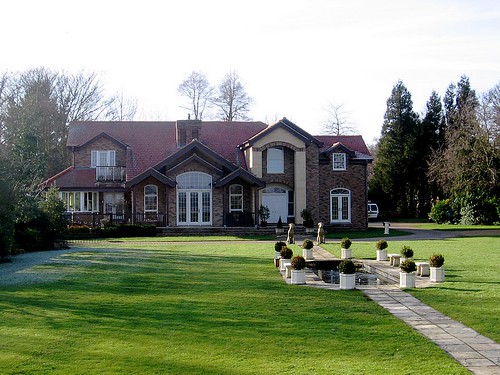 This is the sort of countryside of which we are enormously fond, 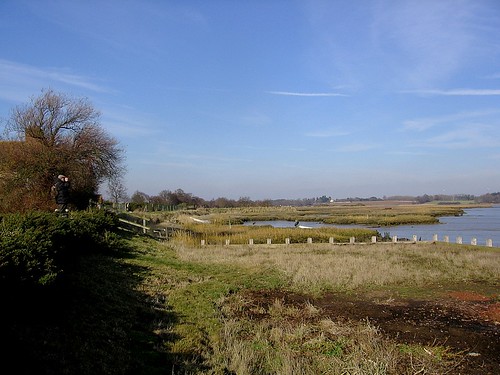 and Ron chose this walk to flick the 'on' switch of his terrier hunting instincts. 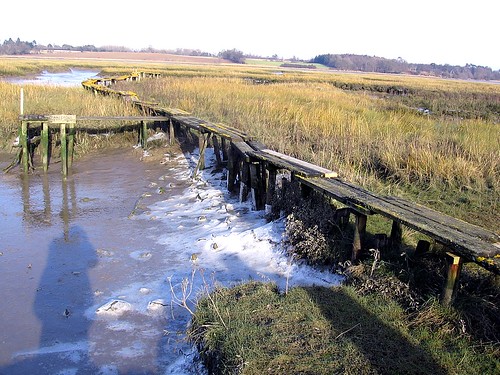 I was really worried that he'd go through the ice and was glad that I'd remembered a pocket-full of doggie treats to reward his return to the recall whistle. The instincts got the better of him on the way back, however, and he began to suffer 'selective deafness'. He was up to his shoulders in mud when we put him back on his expanding lead so that we could haul him out of any danger.

On our return to the May Bush Terrace, we had a lovely view of the Deben 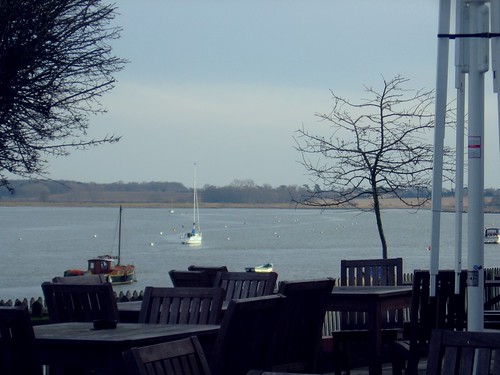 and Ron raised a few rabbits on the bank. 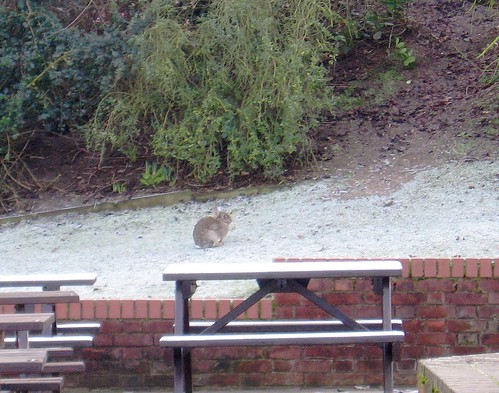 Having changed our muddy boots for clean footwear and given Ron a lick and polish with pet wipes and his towel, we entered the bar for a late lunch. MWNN decided I'd have the large cod and chips with my draught cider and ordered fish pie to go with his excellent local ale. The cod was ginormous so I gave MWNN half and shared the skin with Ronnie. It's probably the best battered cod I've ever eaten. MWNN said his fish pie was excellent, and the tartar sauce was homemade. Neither of us had any room for pudding.

Two excellent meals at dog-friendly establishments in two days. The French had better look to their laurels.