became just 10 days. We'd decided to take a couple of weeks' break and have a short cruise familiarising ourselves with the Waterways of Picardy and The Somme.

The boat was as sweet as ever, when we opened her up on Wednesday (7th) morning. The bilges were so dry the spiders had spun webs across the inspection hatch. The first night aboard, we both slept better than we had in a long time, despite the fact that we were without a working lavatory.

Life aboard is always back to basics and this time the basic need for a working loo was our main priority. A trip to the big Chandellry at Compieign the following day, provided us with the part that seemed to be missing from our sea toilet's maintenance kit, and MWNN had it working again by Thursday evening.

The weather had been 'iffy' on Tuesday and Wednesday but had cleared by Thursday night and the forecast was good for the end of the week and the weekend. We were all set to cast off for a mini cruise - but it was not to be. I woke on Friday with a very sore throat and hacking cough. Despite resting in the shade of the trees for most of Friday and Saturday, while MWNN set to work on refurbishing the back deck's wooden seats, I was unwell enough to need a medic by Monday afternoon. All the symptoms pointed to a chest infection.

A medic was sought and found. He was worried by my blood pressure reading and alarmed by the sounds on my lungs. A prescription for antibiotics was produced, along with 5 other items that I rejected on reading the list at the pharmacy. Homeopathy is no substitute for penicillin where my lungs are concerned. Nor did I need more supplies of inhalers or pain killers.

With our cruise well and truly scuppered, we decided to return to the UK earlier than planned and crossed the channel on Sunday. On the way back from The Tunnel, we collected Ronnie - an 8 month old Fell Terrier from his Foster Mum, Helen. We always said that we'd have another Rescue Terrier after Kilo left us.

First pictures of Ron in his new garden - more to follow. 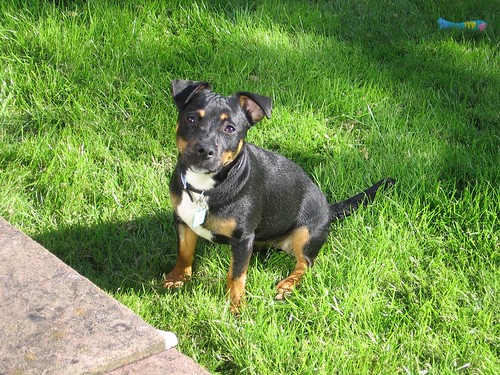 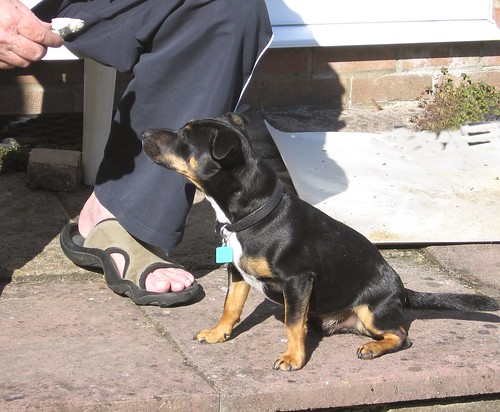 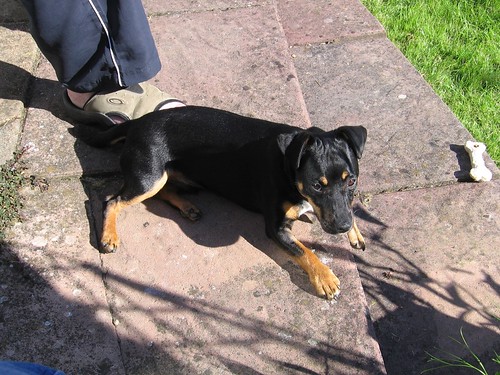 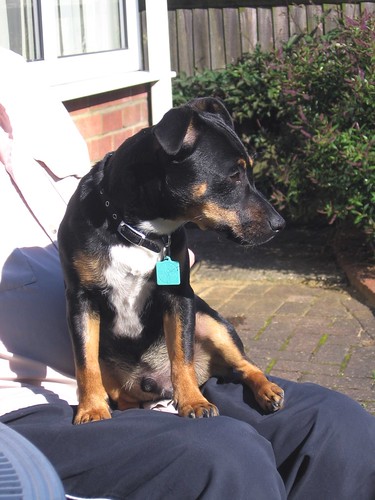 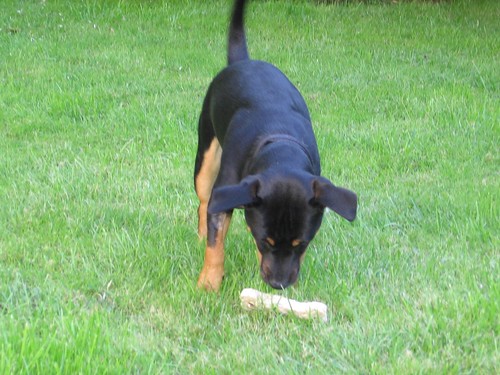 He's settled in really well, had a play in next door's garden with their daschund, Daisy, then disappeared indoors where he helped himself to her dinner and was sent home in disgrace :lol:

Big thanks to Rescue Remedies (Terrier Rescue) for holding onto Ronnie while we sorted out the boat. It was a real struggle to settle for only one dog, they have so many lovely orphans looking for their forever homes.