I don't know the key to success, but the key to failure is trying to please everybody.
Bill Cosby

Yes we have had snow. None since Thursday night, but that fall caused many problems in the area. Ronnie decided he didn't like snow but, after two days cooped up inside, had a mad spot of dashing through the snow in the back garden. Well, not so much of the dashing through, more tunneling under as befits his terrier nature and the depth of snow. Here he is in this morning's sunshine, despite which, there is no sign of a thaw. 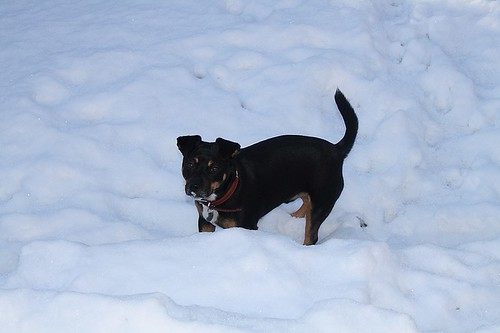 For more snowy photos in the Snow set, click through Ronnie's pic.